Even in its nearly complete state, the wavelike roof of the Elbphilharmonie can be seen from all parts of the city, and Hamburg’s locals are now looking forward to the building’s official opening: the three halls with excellent acoustics and one public viewing platform will open on 11 and 12 January 2017. With this new concert hall, Hamburg aims to move to the top of the list of the music world’s prime locations. Combining tradition and innovation, the architectural approach of the Elbphilharmonie and its location in the port highlight the city’s character as a Hanseatic waterside metropolis that continues to lure visitors with top-class cultural events.

Today, Hamburg ranks among Germany’s most popular destinations. Every year, about 6 million people visit the Hanseatic City of Hamburg, among them many international guests. With 1.8 million inhabitants, this city in the north is Germany’s second largest city and constitutes the centre of the Hamburg Metropolitan Region, which comprises more than five million residents. Life in Hamburg is shaped by two rivers: the Elbe with Europe’s third biggest port, and the smaller Alster with its dammed-up lake in the city centre. When strolling around the city, visitors will repeatedly encounter these two rivers, which are surrounded by a maritime city that includes anything from the elegant district of Blankenese to vibrant off-scene quarters such as the Schanzenviertel.

One of the touristic highlights is certainly the port, which has now been given a new twist with a stepped promenade designed by architects Zaha Hadid. Located just opposite the Elbphilharmonie, between Baumwall and the St Pauli Landungsbrücken, the promenade offers an excellent view of the Elbe River. Right next door you can embark on a harbour boat trip. Even among born-and-bred Hamburg residents, it is a popular pastime to watch the passing ships – during a boat trip, from one of the city’s numerous beach clubs on the Elbe, or from the romantic Captain’s Quarter on Oevelgönne beach. Many of the ships have not only travelled a long way from Asia or from across the Atlantic, but also a considerable distance on the Elbe. When you see them arriving in Hamburg, it appears as if the city was situated right on the open sea, and yet there is a distance of about 100 kilometres between Hamburg and the North Sea coast. At the annual Hafengeburtstag port festival, the city has been celebrating its harbour for 827 years. Other maritime events include the Hamburg Cruise Days as well as the Elbjazz Festival, which is held on a ship dock and at other venues across the port.

The Port of Hamburg - A motor of growth

Modern container ships and cruise liners are truly gigantic vessels, and many of them have a  length of several hundred metres. Their spectacular manoeuvres at the quays and docks can be considered precision work on a large scale. In recent years, the size and depth of these ships have led to a structural change in Hamburg. With more than nine million standard containers handled each year, Hamburg’s port is the third largest in Europe and one of the largest in the world. Over recent years, the container port has been shifted down the Elbe towards the southern banks of the river. The former quays in close proximity to the city centre have become too small and are now the grounds on which the HafenCity Hamburg is emerging – a new, inspiring quarter of town that celebrates its location on the water. On an area of 155 hectares, residential units for 14,000 people and office units for 45,000 people are currently being created. Large parts of the HafenCity have been completed at this stage. The open spaces, the riverside promenade and the modern architecture, including the Elbphilharmonie, have turned the HafenCity district into a popular new destination for strollers. The adjacent Speicherstadt warehouse district with its historic red-brick building ensemble creates an intriguing contrast to the HafenCity’s modern architecture. The Speicherstadt and the Kontorhaus district with its famous Chilehaus were declared a UNESCO World Heritage Site in 2015.

Arguably the most famous quarter of town is not the city centre, but in fact St Pauli. On weekends, the area around the Reeperbahn is the place to party until the morning hours, and the party feeling extends to the north of the Schanzenviertel with its young, hip crowds. While St Pauli continues to be a red-light district, this has long ceased to be the most prominent facet of St Pauli. In the early 1960s, the then-unknown Beatles launched their career here, and today the area around the Reeperbahn boasts Europe’s highest density of live music venues – in addition to countless bars, restaurants, clubs, variety theatres and musical stages. Speaking of which: musicals play an important role in Hamburg’s cultural calendar of events, and the spectrum on offer ranges from “The Lion King” and “Aladdin” to smaller, local productions – making Hamburg the world’s third largest musical location just after New York and London. In total, Hamburg is home to more than 60 theatres, hundreds of music venues, 60 museums and nearly 30 cinemas.

Hamburg’s broad range of cultural opportunities is also appreciated by the staff of numerous international companies such as Unilever, Beiersdorf, Facebook and Google, who relocated their German head offices to Hamburg. From Berlin, Hamburg can be reached in only 90 minutes by rail, and the Hamburg Metropolitan Region is one of Germany’s strongest economic regions and a major trading hub in Northern Europe. Hamburg is the leading German location in sectors such as logistics, the digital and creative industries and media. In the field of aviation, Hamburg is at the international forefront: 40,000 people work in Hamburg for Airbus, Lufthansa Technik and Hamburg Airport, as well as 300 other companies and research institutes. The same is true for the wind energy sector: two thirds of the global expertise in this technology sector can be found in and around Hamburg. More than 1,500 renewable energy companies employ a workforce of around 25,000 people between Jutland (Denmark) and Hamburg. Major companies such as DONG Energy, Nordex, Senvion, Siemens and Vestas all have their head offices in Hamburg.

The staff of all these companies not only benefit from Hamburg’s high quality of life but also from that of the Hamburg Metropolitan Region. Stretching the entire distance between the North Sea and the Baltic Sea, the Hamburg Metropolitan Region boasts flat marshes on the North Sea, the hilly landscape of the Lüneburg Heath as well as the picturesque Wendland region. The interplay of a strong economy, beautiful natural surroundings, cultural diversity, excellent shopping opportunities and appealing urban landscapes make this one of Germany’s and Europe’s most attractive metropolitan areas. Little wonder then that Hamburg’s population is expected to grow over the coming decades – deviating from the general trend. 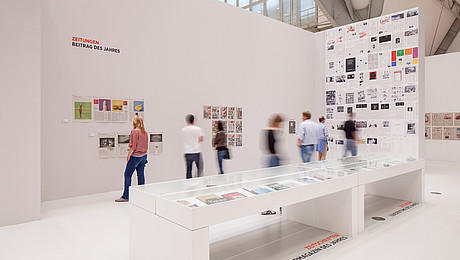